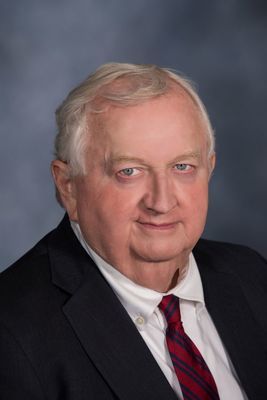 John W. Briscoe, New London, is the new chair of the Missouri Highways and Transportation Commission (MHTC), and Michael T. Waters, Orrick, is the new vice chair. The commission elected them at its monthly meeting today in Jefferson City.
Briscoe and Waters succeed Michael Pace, West Plains, and Gregg Smith, Clinton, who have each served two terms as chair and two terms as vice chair since 2016.
Briscoe, a Democrat, was appointed to the commission in December 2015. Waters, a Republican, was appointed to the commission in March 2015. Both appointments expire March 1, 2021.
“Since I’ve been on the commission, Mike and Gregg have provided great leadership for all of us,” Briscoe said. “I’d like to thank them for their service to the commission and to the state of Missouri. I have big shoes to fill, but I’ll do the very best I can.”
Waters echoed those sentiments, saying that Pace and Smith “have truly moved MoDOT forward.”
Pace and Smith will remain on the commission along with Robert G. Brinkmann, St. Albans, and Terry L. Ecker, Elmo. The six-member bipartisan MHTC governs the Missouri Department of Transportation, the agency responsible for building, operating and maintaining the state highway system and supporting other transportation modes in Missouri.
Briscoe is a partner in the Briscoe & Brannon law firm with offices in New London and Hannibal. He served as the prosecuting attorney for Knox County in the late 1960s and as the prosecuting attorney for Ralls County in the 1970s. Briscoe grew up on a family farm that he continues to operate today.
Briscoe graduated with Bachelor of Arts degree from Westminster College and graduated from law school at the University of Missouri. He was admitted to the Missouri Bar in September 1966 and served 12 years as a member of its Board of Governors including one year as its president. Briscoe also served seven years as a member of the Board of Governors of Truman State University.
Waters is a seventh-generation Missouri farmer. He earned his Bachelor of Science degree in agriculture from the University of Missouri and is a graduate of The Executive Program for Agricultural Producers at Texas A & M University.
His farming operations in the Missouri River floodplain consist of four family farming corporations, one partnership and one limited liability company.
Waters serves as chairman of the Missouri Levee & Drainage District Association where he represents levee & drainage districts, businesses and others interested in the activities surrounding the Missouri River and its tributaries.
He is a past president of the Ray County Ambulance District Board of Directors and secretary of the Ray County Enhanced Enterprise Zone Board. Waters is also a member of the Farm Bureau, National Corn Growers Association, American Soybean Association and the Agricultural Business Council of Kansas City.