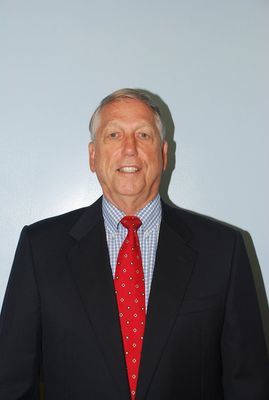 News on HB 2033
I, along with Senator Justin Brown, and two county Missouri Farm Bureau members whose counties will be impacted by the Grain Belt Express were invited to participate in a panel discussion on This Week in Missouri Politics with host Scott Faughn. It is always beneficial to get as much exposure for HB 2033, SB 597 and SB 604 as possible. When the people of Missouri hear what we are trying to accomplish with these eminent domain bills, the support for them will grow. The show will air on Sunday 2/23/2020 at 11:00 am and can be viewed after that time at twmp.tv.

4-H Visits
Students from 4-H descended on the capital Tuesday and Wednesday this week to receive recognition for the great work they do in their communities. I presented Carlee Long of Paris and Evan Meyer of Bowling Green with a resolution on the House floor on Monday afternoon. On Tuesday, both of them shadowed me in the afternoon, and during that time we were able to discuss topics ranging from their future career goals to an upcoming debate about the pros and cons of Grain Belt in which they will be involved. It's great to meet with local high schoolers that are hopeful for the future and determined to make it better for all of us.

Missouri House Approves Kratom Consumer Protection Act (HB 2061)
House members have approved legislation to regulate the sale of an herbal supplement known as kratom. The bill would establish the Kratom Consumer Protection Act to create a simple regulatory framework for the consumption and sale of the supplement.
Kratom is an herbal extract that comes from the leaves of an evergreen tree grown in Southeast Asia. Those who use the substance say it offers relief from pain, depression, and anxiety. Some also use it as a tool to combat addiction to opioid medications. Supporters say consumption of a large amount of kratom can be harmful, especially if it is mixed with another product, so it is important to ensure consumption of the product is at a safe level.
The sponsor said of the act, “I think it is a common sense approach to ensure anyone purchasing this product in the state of Missouri can do so in a safe and responsible way.”
The bill now heads to the Senate for discussion.

House Approves Bill to Require Victim Impact Program for DWI Offenders (HB 1488)
A bill now headed to the Senate would require a person who is guilty of driving while intoxicated to complete a victim impact program approved by the court.
A victim impact panel is made up of speakers who have either been seriously injured by an impaired driver or have a loved one who was seriously injured or killed by a drunk driver. Members of the panel share their stories with offenders who attend as part of their court sentence.
Victim impact programs currently exist in Missouri and many judges already require offenders to participate in them. The legislation approved by the House would ensure that every judge sends offenders to the victim impact programs by making them a mandatory consequence for drunk or impaired driving offenses.
The bill now moves to the Senate for consideration.

Bills Sent to the Senate
HB 1317 requires school districts and charter schools to establish a state-approved gifted program if 3% or more of the students are determined to be gifted by July 1, 2022. The bill also prevents any public school district or charter school from prohibiting a parent or guardian from recording any meeting held under the federal Individuals with Disabilities Education Act.
HB 1693 establishes the "Narcotics Control Act". The Department of Health and Senior Services shall establish a program for monitoring the prescribing and dispensing of all Schedule II, III, and IV controlled substances, subject to appropriations. Supporters say prescription drug abuse is one of the fastest growing epidemics in the U.S. and a prescription drug monitoring program will provide prescribers a tool to find and address abuses. They say physicians want a monitoring program in the state to deal with doctor shoppers. They also note that data will be doubly encrypted to ensure privacy.
HB 1348 removes the prohibition on cottage food production operations selling food through the Internet. The bill removes the prohibition, provided that the cottage food production operation and purchaser are both located in Missouri. Supporters say the bill would open up new markets across the state to those who operate a cottage food production operation and provide more opportunities to sell their products.
As always, it is an honor to serve as your state representative, and feel free to contact our office if we can be of service.

Working on your behalf,