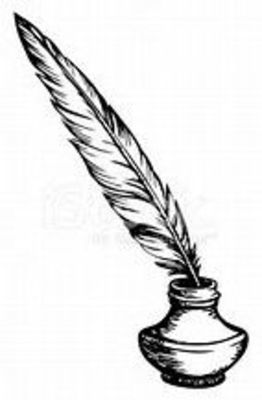 Tiptoeing through the files, looking for something to jog the Muse from her slumber.
I come across several items dealing with the Beatles. I am amazed they were together as a band for such a short time. The body of work they produced far exceeds what would “naturally” fit that timeline. Maybe it’s the quality of the music, the uniqueness of lyric and chord, that resonates through the years. They went their separate ways, and each had successful solo careers, but they were best when together.
The same could be said about the Eagles. I came across an article about the death of Glenn Frey and I remember the Bob Seger concert I went to in October and how Seger spoke about Frey. I loved Frey’s “Smuggler’s Blues” and he had a good run as a solo artist. What stands out in the Eagles’ music is the harmony, the blend of voices on “Seven Bridges Road” especially.
I read the article about the death of Robert Conrad last week. The article mentioned his hit TV shows “Hawaiian Eye” and “Wild Wild West.” I do remember the western and all the gadgets that now make me think someone on their crew had Steampunk tendencies long before the current craze. What I remember most was “Baa Baa Black Sheep,” the TV show that showcased the colorful career of Greg “Pappy” Boyington as a Marine pilot in the South Pacific during World War II. It was because I watched that show that I could identify the Corsairs in the air show.
Conrad was very good in his role of Boyington, leading a small group of Marine pilots in their antics against all things protocol. The rag tag group of fliers drank too much, played practical jokes on one another and the brass, and in general did everything they weren’t supposed to do. But in the air, they were the elite VMF 214 credited with 94 kills in 12 weeks in the Pacific Theater. Boyington was shot down and spent 20 months in a prisoner of war camp. When he returned after the war, he received the Medal of Honor. Boyington wrote a book about his experiences with his Black Sheep Squadron that was quite successful and the basis for the TV show. It didn’t go over well with some of his squad members, though. Some felt too much emphasis had been put on antics on the ground and not enough on the flying.
Then there are the spiritual quotes and the inspirational words from Thoreau, MLK, John Kennedy, and Maya Angelou among others. All of them kept so I could reread them when I needed a little boost. Like now.
So, my wandering through these particular files has led me to the conclusion (which I have known, but often need to be reminded of) that we are stronger when we stand together.
As lovely as the melody is, it’s the harmony that touches collective souls. As strong as a leader is, he can only fly high when surrounded by his squadron.
We need each other. We need our families, our friends, and our communities. Each of us needs to be as strong as we can be to strengthen the whole. That’s how we find success, but more importantly that’s how we find peace.