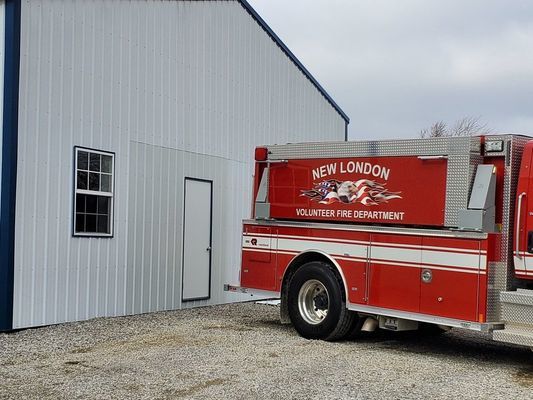 Building on the success of last year’s event, the New London Fire Department is working on their Second Annual Crawfish Boil/Fish Fry to be held on Saturday, April 18th. The event will take place in the Fire Department’s new building from 5p to 10p. In addition to a meal, there will be a live auction and door prizes awarded. The evening will conclude with music provided by a D.J.
Last year, the Fire Department served approximately 200 people and reached their goal of enough funds to purchase a Battery-Operated Extrication Tool. That tool is now an integral part of the New London Fire Department’s lifesaving equipment.
The menu this year is the same as last year - Boiled crawfish or shrimp or fried fish. Sides will include fried potatoes and corn on the cob as well as desserts. Carry-Outs are also available.
Tickets are available from any New London Fire Fighter and can be purchased at New London Shell and from Jason Utterback at American Family in Hannibal. Cost of tickets is $15 for a single and $25 for a couple. Advance tickets are not required. The price is the same when purchased at the door.
Funds raised will be earmarked for the installation of a pad and handicapped accessibility in front of the new building. This building is used for meetings, trainings, and community events. It is also available for rent by contacting Fire Fighter Brian Reed at the number below.
Members of the New London Fire Department are out now collecting items for the auction. Contact Fire Chief James Quick 573-795-1294 or Assistant Fire Chief Sheldon Ward 573-231-2668 or Fire Fighter Brian Reed 573-719-7347 with questions or donations.