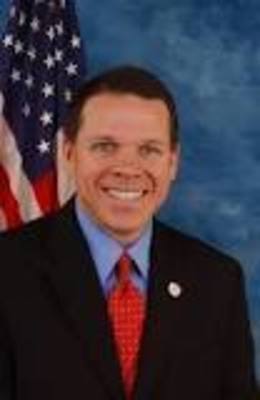 The United States must never tolerate terrorism. President Trump made that clear last week when he took decisive action to eliminate known Iranian terrorist Qassem Soleimani. With imminent threats looming, the President authorized a drone strike that killed the commander of Iran’s Quds force.
Ever since President Trump pulled out of the failed Iran Nuclear Deal, Iran has been provoking and threatening us. With each provocation, the President showed restraint. Ultimately, enough was enough. The President was right to get us out of the Iran Deal and he was right to eliminate a known terrorist.
Soleimani already had the blood of hundreds of Americans on his hands, as well as the blood of many other men and women from around the world—all with the blessing of his country, the world’s number one state sponsor of terrorism. For years, Soleimani and his cronies built IEDs that were used to kill and maim American service members. He planned the attack on the U.S. embassy in Baghdad just days before his death and he was prepared to carry out more attacks. The world is a safer place without him.
In response to the attack, the Iranian regime was desperate to retaliate in order to save face. Their desperation led them to fire more than a dozen missiles into Iraq, targeting air bases where our troops were stationed. However, we were ready—and thankfully no American lives were lost in the attack. President Trump made it clear in a speech to the nation that he plans to respond by tightening harsh sanctions on Iran—sanctions that punish the terrorist regime in Iran and limit their capability to carry out future attacks.
That said, we must remain vigilant and I know we will. I don’t trust Iran to keep their word and I don’t think anyone else does either. This is why we must continue to strengthen our military and I’m glad we did just that when we passed the defense bill last month.
Ultimately, nobody wants another war, especially Iran. Their leadership talks a big game, but they know an all-out war with America would be the end of the Iranian regime. Thus, our focus should be forcing the Iranian regime to abandon their campaign of terror and eliminating the possibility of Iran obtaining a nuclear weapon.
I’m glad a major terrorist was eliminated this week and I’m relieved that no American lives were lost in Iran’s attack on our service members. I continue to pray for the protection of our men and women in harm’s way who are defending us, and for their families during this uncertain time. I am thankful President Trump has finally drawn a line in the sand: America won’t be smacked around, and we won’t back down when bullied.

At Your Leisure – Solomon Kane