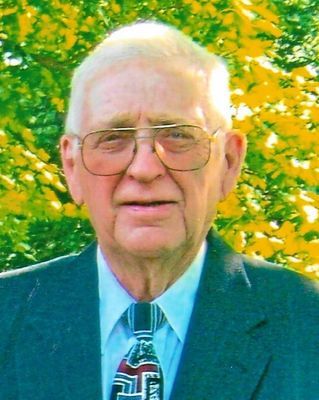 A Memorial Visitation for , 90, of Perry will be

in Perry. A private family burial will follow the visitation.
Mr. Hodges passed away at 8:10 p.m. December 7, 2019 at Hannibal

Regional Hospital.
He was born July 22, 1929 in Vandalia, the son of Henry Clifton and

Nellie Fern Hull Hodges.
He married Dorothy Dee Levings in Perry on October 29, 1950 and she

preceded him in death on April 8, 2019.
Survivors include: one son, Brian (Linda) Hodges of Perry; one

Ezell of Nashville, TN, Shelby Hodges of Perry and Erika Hodges of

Hannibal; and five great grandchildren.
He was preceded in death by one daughter, Dianne Ezell, four

and two sisters-in-law, Jo Hodges and Lois Hodges.
Mr. Hodges was a lifetime area resident and Christian by faith. He

was a 1947 graduate of Perry High School. He was a farmer, Ralls County

Commissioner for 14 years and member of the Planning and Zoning

Commision for 8 years. He was co-owner of the Perry Carousel, a member

Mr. Hodges loved steam engines and attended many shows and was an avid

reader.
Memorial contributions may be made to Friends of the Perry Carousel,