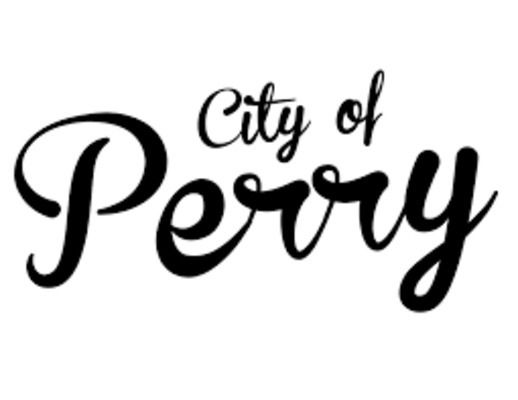 Mayor Chad Williams called the November 5 Perry City Council meeting to order at 6 p.m. in City Hall. Alderman Matt Hawkins was absent, Aldermen McIntire, Nelson and Jackson were present. Also present were City Clerk Danette Henderson, Utility Superintendent Don Huff, Fire Chief Andru Bell, Attorney Sarah Ehret, and Police Chief Eddie Landis. Members of the public in attendance were Ben Akers, Jeanne Shuck, Jesse Lewis, Mark Bross, Cheryl Elliott, and Carolyn Trower.
After everyone recited the Pledge of Allegiance, the agenda, minutes, and bill payments were all approved unanimously.
Jeanne Shuck, representing Village Housing asked if the city could replace alight pole at the Village Housing complex at the expense of Village Housing. The pole provides security light to the residents and has rotted at the bottom. Huff said the city does not provide electric to the pole. Upon the recommendation of Mayor Williams, Huff will provide a price quote to Shuck and if the price is approved by the Village Housing Board the city will replace the pole.
Eugenia Reed had given Mayor Williams information on the damage to her tire when she tried to go over the lip at Salling and Georgia. The asphalt was milled down and when she went across it damaged the rear tire and resulted in a blowout. Williams distributed pictures of the tire and an invoice for a tire replacement at $70.50. The council reviewed the pictures, but since Ms. Reed wasn’t in attendance to answer questions, no action was taken.
Mayor Williams then read a rezoning request from William Heim who owns the property at 106 N. Netherland and would like to rezone it from residential to commercial. Henderson said that the property owned by Jim Hinton recently annexed into the city limits also needs to go to Planning and Zoning. This property needs to be rezoned from agricultural to residential. A Planning and Zoning meeting will be scheduled.
Cheryl Elliott gave an update on the USDA/RD Sewer Project Update. She reported the application has been approved for funding on the project. The amount approved was $1,348,000 on a low-interest loan and $1,409,000 was awarded in grant funding. Elliott gave a letter of conditions to Mayor Williams and the council. A motion to accept the letter was unanimously approved.
Mark Bross from Klingner and Associates reported that all street work had been performed with the exception of the chip and seal which will be completed in the spring. He reported a punch list was performed and though there were no major concerns, a few items need to be addressed. Bross also presented a pay request for $409,107.53 for ESS. A motion to pay the pay request subject to receiving funding from CDBG was approved unanimously.
Bross also reviewed the electric rate study. Updated pricing from Ameren had been received that was not reflected in the study. Two different options were provided, one for a 3-year rates and one for 5-year rates. A motion to approve the pricing contained in the RFP response dated November 5, 2019, for a 5-year term ending May 31, 2025, passed unanimously.
Huff reported that the fire truck is back from repairs. Fire Chief Bell reported the Fire Department is cooking breakfast for the Veterans on Sunday, November 10 at the VFW. No charge for Veterans and any money from the others who eat will go to the VFW post.
Police Chief Landis provided a report for October. The animal pound is in operation. There were no issues on Halloween.
Superintendent Huff reported the executed “jake brake” contract was received today and will get signed as soon as possible. Huff has not received a repair estimate on the sewer jetter, but they have provided a loaner. Huff received bids from Hannibal Overhead Door and Hometown Garage Door for garage door replacement in the shop and one bid from Grossmann Masonry to repair the brick wall on the shop. A motion to accept the bid of $5406.00 from Hannibal Overhead Door; the bid of $12,072.00 from Grossmann Masonry, and the bid of $85/per window with up to two windows per door passed unanimously.
Huff also reported that twelve trees, a variety of hard maples, have been ordered for the park. He also provided two quotes on a ¾ gas valve plugging unit. A motion to accept the bid of $825 from Groebner & Associates for the gas valve plugging unit passed unanimously.
Mayor Williams reported letters have been sent out to the property owners of the newly annexed properties regarding the annexation of the MODOT right-of-way and one has replied. He asked if Dollar General decides to annex in, could they wait to hook into city utilities for up to two years? Attorney Ehret said the city is not able to defer utilities.
Henderson reported that she has been clearing out old records log. Per chapter 109, section 225 of Mo. State Statutes 22 logs have been destroyed.
A motion to move forward with the application for the demolition grant through MTRCOG with CDBG passed unanimously.
The council went into closed session at 7:50 p.m. and adjourned at 8:12 p.m.
The next meeting will be held at 6 p.m. Tuesday, December 3, at City Hall.