Moberly Natural Crush Board of Directors 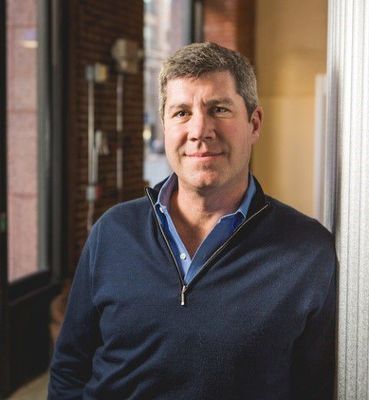 MOBERLY – Moberly Natural Crush, LLC., (MNC) has landed another seasoned corporate executive to join its Board of Directors.

Mark Lewis, who has held seats on the Boards or helped fund the start-ups of more than 40 different companies, will join MNC’s Board of Directors when the company begins operations in 2020.

Most recently, Lewis has played a critical role as the Chief Financial Officer of LockerDome, an internet advertising and publishing platform that has transitioned from “early-stage/start-up” into a thriving, high-growth business. In his role there, Lewis has been responsible for several rounds of investor financing, and as a Board member, he also helps steer the strategic course.
“In terms of financial acumen and start-up experience, Mark Lewis checks all of the boxes, and we are delighted that he has joined our team,” said Pat Conners, MNC’s Founder and Chief Executive Officer. “Mark is one of the most well-known and respected financial professionals in the St. Louis area, and most of his career has been spent networking with the food and agricultural industries that are critical to our success.”

Prior to joining LockerDome, most of Lewis’ career was as a Principal at Advantage Capital Partners, where he played a key role in helping the transformation of the Allen Brothers steak business, one of the most respected brands in the food/restaurant business. Much of Lewis’ portfolio was focused on business development in the rural Midwest.

“This is very exciting to me because the food industry is going through a similar transformative stage that we’ve seen in other industries,” said Lewis, who has B.A. from Georgetown University and an MBA from Washington University. “It’s not about the industry’s traditional power bases pushing down their products; it’s about consumers demanding more choices and healthier products. MNC is perfectly situated to answer that call.”

Conners said that Lewis will be joining a virtual all-star of business advisors at MNC. This past month the company has named industry veterans from both the retail and supply sides of the food industry. Also serving on the Board will be Scott Allshouse, the President of Whole Foods Market’s Mid-Atlantic region with responsibility for more than 13,000 employees across seven states. They join Fritz Holzgrefe, a former senior executive at ADM who was the Chief Financial Officer of their Golden Peanut subsidiary. Holzgrefe is now the president of Saia Inc., a $1.7 billion NASDAQ listed transportation and logistics company.

MNC is in the midst of its Phase Two equity drive in which it plans to raise $5 million to purchase equipment to operate its soybean processing facility in Moberly’s industrial park. Its business will be focused on processing specialty soybeans like SOYLEIC, the new non-GMO soybean with the High Oleic trait that will be ready for mass planting in Missouri in 2021. High Oleic soybean oil provides a trans-fat free solution with improved frying life, a higher smoke point and essential Omega 3 fatty acids.

“SOYLEIC is a win-win for those of us in the supply chain,” Conners said. “Non-GMO meal receives a premium as it is essential for non-GMO and Organic livestock/egg/dairy producers, a segment that continues to grow at a 20%-plus rate. High Oleic oil is also trading at a significant premium above traditional soybean oil, and the SOYLEIC oil has many superior health benefits to its primary competitors like Olive and Sunflower oils.”

MNC has been approved for a $1.5 million allocation of New Generation Cooperative Incentive Tax Credits through the Missouri Agricultural and Small Business Authority (MASBDA). This allocation will be passed through to all farmer-producer investors who will receive between a 30%-to-50% state tax credit against their investment.

As part of this MASBDA qualification, MNC’s Board will be “farmer-controlled”, meaning that a majority of the Board’s voting block will be held by Missouri farmer-investors. Conners said the farmer Board members will be named when the Phase Two equity drive is completed.

For more investor information about the company, go to MoberlyNaturalCrush.com, or call Conners direct at 314-809-9499.

Farmers Wanting to Apply for EQIP, CSP Can Appl...