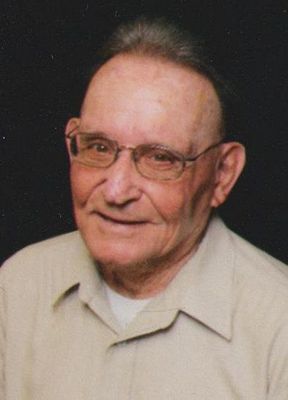 Funeral services will be Tuesday, November 26th, at 10:30 AM, at First Baptist Church New London in New London, Missouri.

Friends and family are invited to Marvin's Life Celebration at a visitation that will be from 6:00 PM until 8:00 PM, on Monday, November 25th at the James O'Donnell Funeral Home.

He is preceded in death by his parents and one son-in-law Mike Epperson.

Marvin served his country proudly in the Army Air Corp during World War II as a tail gunner on a B-17.

Marvin retired from the United States Department of Agriculture where he was a soil conservationist. He was a graduate from Texas Tech College with a degree in 1949.

After he retired he worked part time for the YMCA and at for the United States Post Office in New London, MO. Marvin was a cattle farmer for many years. He loved to go to cattle sales and raised cattle using the intense grazing method. Away from work, Marvin enjoyed gardening and spending time outdoors. An avid reader, Marvin liked to read his Bible and the daily newspaper and books by James Patterson. Basketball and football games were also a favorite for Marvin to watch with his wife, Kathy. Most of all, Marvin simply cherished the time he shared with his family. Marvin was a member of the First Baptist Church of New London, MO.

Memorial contributions may be made to The Great River Honor Flight, Missouri Department of Conservation Soil and Water or the Alzheimer's Association.

The family would like to thank the staff of Clarence Care Center for their special and loving care to Marvin.

Online condolences may be shared and video tribute may be viewed at www.JamesODonnellFuneralHome.com