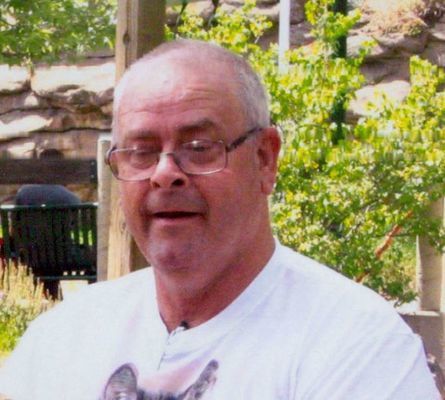 Funeral services will be held at 10:00 am, on Thursday, November 7, 2019, at the James O’Donnell Funeral Home in Hannibal. Pastor Victor Keefe will officiate.

Friends and Family are invited to Ronald’s Life Celebration at a visitation that will be from 6:00 pm until 8:00 pm, on Wednesday, November 6, 2019, at the James O’Donnell Funeral Home.

Ronald was born on July 13, 1953, in Hannibal, to Joseph Richard and Carrie Marie Rickey Wilson.

He is also survived by his son, Eric Wilson of Columbia, MO; his sisters, Rhonda Altgilbers of Quincy, IL, Vicki Kessell of Hannibal, and Debra Hees (Daniel) of Monroe City, MO; several nieces and nephews, and several great nieces.

Ronald was preceded in death by his parents.

Ronald worked for 42 years at General Mills as a line worker and forklift operator. He was an active member of the Free Methodist Church. Ronald was a die-hard fan of the St. Louis Cardinals; He had many Cardinal Bobbleheads and player autographs.

He also enjoyed fishing for catfish, two of his favorite spots were the Mark Twain Lake and the Salt River. He also enjoyed watching football especially the Dallas Cowboys, and basketball especially Mizzou. He enjoyed his trips to Branson and going to Dollywood, the Estes Park in Colorado and was in Cooperstown to see Ozzie Smith inducted into the Baseball Hall of Fame. But most of all, Ronald enjoyed spending time with his family which was his world.

Memorial donations may be made to the James E. Cary Cancer Center.

Online condolences may be shared and a video tribute may be viewed at www.JamesO’DonnellFuneralHome.com

Farmers Wanting to Apply for EQIP, CSP Can Appl...