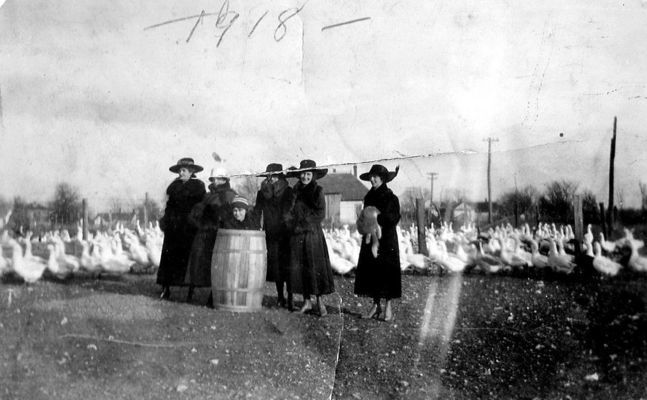 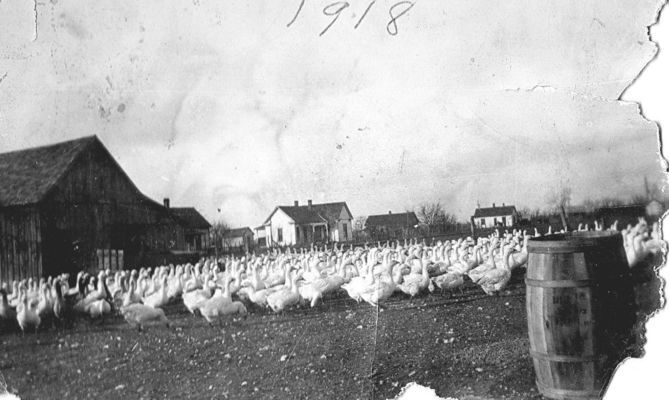 This article and photos are courtesy of Ron Leake, president of the Ralls County Historical Society.

Center, MO., December 21--- A very disastrous fire destroyed the poultry plant of the Ralls County Mercantile Company here last night, the complete loss to the building and stock being placed are near $75,000. The loss was usually heavy coming at the season when large stocks of poultry and other produce were on hand for the Christmas shipments.
The fire of unknown origin started in the second story of the building where hides, feathers, ect. and was noticed by townspeople about 10 o’clock after it has gained great headway. The building contained an ice plant, cold storage and a picking plant. About 3,500 live chickens, $1,000 worth of cream and $50,000 worth of dressed poultry such as geese, ducks, chickens, and turkeys for the Christmas trade were destroyed. About $1,000 worth of feed was also destroyed in the fire and two car loads of eggs and poultry were partially destroyed. Part of the dressed poultry in the cold storage department of the building was saved. The building was valued at $25,000 and insured to the amount of $22,000. There was no insurance on the stock.
Also, a refrigerator car of the Short Line R.R. was burned. A car loaded with chickens was saved by pushing it out of the way.
The plant was built about two years ago and the loss to Center will be great as it is steadily employed about twenty-five men and during picking season employed about 35 men. The extra force had been employed recently and the e poultry was ready to ship out for Christmas on Saturday. It is not known whether the plant will be rebuilt.