The Twain Shall Meet 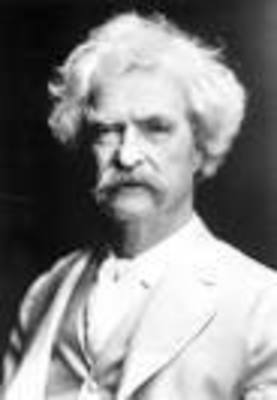 Hannibal Free Public Library recently announced a program series called “The Twain Shall Meet.” The series is made possible in part by a grant from the Institute of Museum and Library Services and the Library Services and Technology Act, as administered by the Missouri State Library, a division of the Office of the Secretary of State. The George H. Riedel Foundation gave additional funding. The series is a collaboration of the Hannibal Bicentennial Committee and the Library.

“The Twain SHALL Meet,” is a community one-read project intended in increase Hannibal’s cultural literacy by allowing participants to gain more detailed knowledge of Mark Twain’s writing and characters, particularly those found in The Adventures of Tom Sawyer and The Adventures of Huckleberry Finn. Most residents of Hannibal have some knowledge of things Twain, but they may not have read the modern spin-offs, the rest of Twain’s Tom and Huck series, or some of the popular non-fiction about Twain’s St. Petersburg, a.k.a. Hannibal. The project focuses on the following children’s and adult book titles: The Actual & Truthful Adventures of Becky Thatcher by Jessica Lawson, Bambino and Mr. Twain by P.I. Maltbie, Huck Out West by Robert Coover, Lighting out for the Territory by Roy Morris, Jr., Lighting out for the Territory by Shelley Fisher Fishkin, My Jim by Nancy Rawles, A River, a Town and a Boy by Martha Adrian & Roberta Hagood, and Searching for Jim by Terrell Dempsey.

The project includes the Kick-Off in September, and presentations in October, November and February. The Twain Trivia Contest will be held on March 20, 2020, with a focus on random facts about Twain, his popular St. Petersburg characters, and questions about the books included in the project. The project’s events are free and open to the general public. Refreshments will be served at most events.

Businesses are challenged to form reading teams of eight players. Families with children, aged 6 and older, should think about participating. The Library will be happy to assist individuals in finding or joining a team. Preregistration at the Library is suggested. The Kick-Off is on Monday, September 9th, at 6:30 p.m. One set of books will be distributed free of charge to each captain of the first fifteen teams.

Dr. Cindy Lovell will make a presentation on Twain at 6:30 p.m., on Monday, October 7th. Dr. Lovell needs little introduction to the people of Hannibal. She is the former Director of the Mark Twain Boyhood Home and Museum. Currently an educator, writer, consultant, and Mark Twain scholar, Dr. Lovell is leading Hannibal’s year of Bicentennial celebration in 2019. Her program in October will be suitable for audiences of all ages.

Twain’s 1902 visit to Hannibal is the topic for Dr. Gary Scharnhorst’s presentation on Monday, November 4th, at 6:30 p.m. Dr. Scharnhorst Gary Scharnhorst, Distinguished Professor Emeritus of English at the University of New Mexico, is the author or editor of more than forty books, including Mark Twain: The Complete Interviews and Mark Twain in His Own Time. He is also the editor of the journal American Literary Realism and the editor in alternating years of the research annual American Literary Scholarship. He is currently at work on a multivolume biography of Twain.

Dr. Hal Bush will provide a presentation next year on Monday, February 24th, at 6:30 p.m. Dr. Bush is a professor of English at Saint Louis University. His research interests include American literature and American studies, historical approaches to literature, cultural studies, Mark Twain, and the profession of English, Christianity and literature. A regular contributor to Christian Century and other popular publications, Dr. Bush has authored several books, including Mark Twain and the Spiritual Crisis of His Age.

“The Twain SHALL Meet” concludes at 6:30 p.m., on March 20th, with the Library’s Twain Trivia Contest. Teams formed on September 9th or later are encouraged to participate by reading the selected titles, becoming more familiar with Hannibal lore about Twain, attending the presentations, and accepting that no fact is too big or too small to be included in the contest. Piloted by the Library’s own “Steamboat Sadie,” there will be ten rounds of ten questions each. Tie-breaker questions will be used, if necessary, and prizes will be awarded to the winning team.

To preregister a team, or to preregister to be put on a team, please call 573-221-0222 or visit Hannibal Free Public Library, 200 South 5th Street, Hannibal, Missouri.

January Is Time to Watch for Bald Eagles