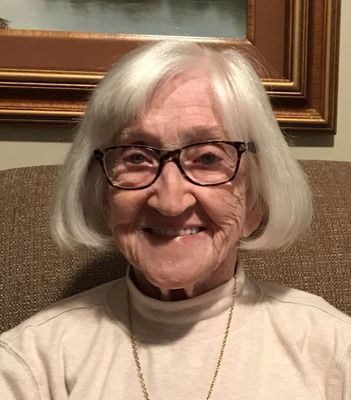 Private family services were held for Ruth Marie Palmer, 94, of Center, Monday, March 30, 2020 at Bienhoff Funeral Home in Perry with Reverend Steve Goughnour officiating. Burial was at Center Cemetery.
Due to the public gathering restrictions caused by the COVID-19 pandemic, the funeral services for Ruth were private. The family would like to extend their gratitude to the community for their support at

this time.
Mrs. Palmer passed away at 1:58 p.m. March 28, 2020 at her home in Center.
She was born in Wentzville on November 13, 1925, the daughter of Otto Leo and Frances Berniece Mormon Kohler.
She was married to Lewis Albert Palmer, Jr. on February 9, 1944 in Hannibal and he preceded her in death on June 5, 2009.
Survivors include: two sons, John K. (Michaele) Palmer and Jim (Susan) Palmer, all of Center; one daughter, Merrideth (Fred) Ross of Chula Vista, CA; one brother, Raymond Kohler of Buchanan, MI; one

sister, Norma Swon of Trenton; seven grandchildren; and 18 great grandchildren.
She was preceded in death by one sister, Shirley Palmer.
Mrs. Palmer was a lifetime area resident, member of Olivet Christian Church and 1943 graduate of Center High School. She worked as a machinist for Rock Island Arsenal during WWII and was the first

lunchroom supervisor of the Ralls County R-2 School District when it consolidated in 1960. She was also a farm wife for the 66 years of her marriage. She was a member of the Center Neighbors Club. Mrs. Palmer enjoyed working outdoors, gardening and landscaping, sewing, cooking, babysitting and being a grandparent.
Honorary pallbearers were her grandchildren and great grandchildren.
Memorial contributions may be made to Olivet Christian Church in care of Bienhoff Funeral Home.
Online condolences may be made at www.bienhofffuneralhome.com.

Dreams Can Become a Reality

NECAC Working with Program to Pay Off Utility B... 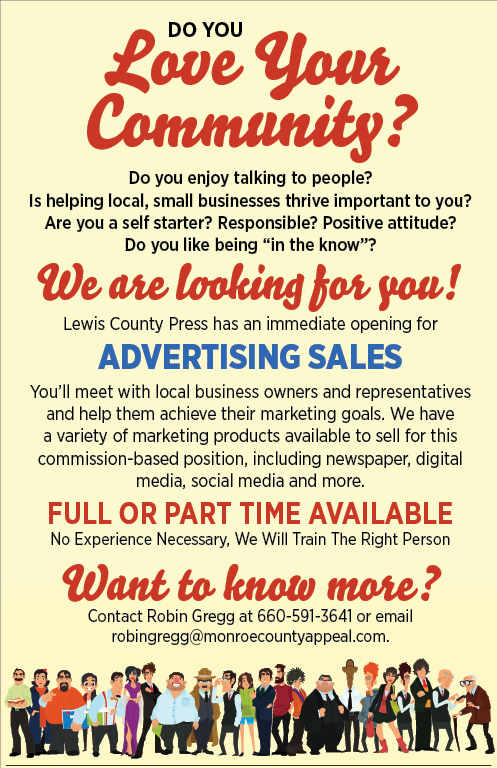