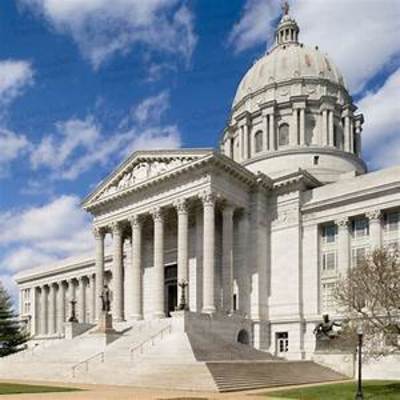 Many young people across the state are heading back to school this week, but beginning next year their school start date will be moved to later in August. With an emphasis on promoting tourism to generate additional revenue, the Missouri General Assembly approved legislation this year to give families more time to vacation in August.
The bill approved by lawmakers and signed into law by Gov. Parson will require that school districts set a starting date of no earlier than 14 calendar days prior to the first Monday in September. Current law says schools can’t start earlier than 10 days before the first Monday in September, but also allows schools to start earlier if their school board votes to begin sooner. The new law takes that option away from school districts.
Supporters of the change say many schools have pushed their start dates to earlier and earlier in August over the last several years. The original sponsor of the change said in 2003, many schools started on September 3 but now some are starting as early as August 10. He said that in areas of Missouri that rely on tourism, businesses have seen a loss of revenue because of the earlier start dates.
“Whenever it comes to tourism in our state, the revenue that is being lost is significant, and that revenue helps us fund these schools,” he said.
The change will take effect for the 2020-21 school year. The start date change is part of a larger education bill that also contains provisions to create the School Turnaround Act to assist schools in need of intervention, require school districts to share information on former employees who have violated policies related to abusive behavior toward a student, and establish a voluntary pilot program to provide for mental and emotional health education in elementary schools in the state.

As families send their kids back to school, Missouri State Treasurer Scott Fitzpatrick is encouraging parents to take advantage of a MOST 529 account, which is an investment account that can be used for education savings.
A 529 plan allows Missourians to save tax-free for higher education expenses like tuition, books, and some living expenses. The plan also allows parents to use the money to pay for K-12 tuition. In Missouri, contributions of up to $8,000 (or $16,000 if married and filing jointly) per year can be deducted from state income taxes.
“As Missouri children head back to school, I know parents are thinking about their budgets—whether it is buying notebooks and markers, new backpacks and sneakers, or the payment of the tuition bill,” Treasurer Fitzpatrick said. “I want families to know that no amount is too small and that any money put aside for future education is better than no money.”

Parents interested in taking advantage of a MOST 529 savings account can visit the State Treasurer’s website at https://www.missourimost.org/home/open-a-most-529-account.html for a quick guide to opening an account.
Right now the Treasurer’s Office is also sponsoring a sweepstakes that will award five $529 scholarships in the form of MOST 529 accounts. Beginning August 10, Missourians can enter at https://www.missourimost.org/home/mostsweeps.html. Entries can be submitted through September 15.

I would like to announce and inform my constituents, with joy and sadness, that my Legislative Assistant of 5 years, Chase Lindley, has accepted a position with the Department of Economic Development – effective Friday, August 16. We wish him well in his endeavors and know he will be successful in moving Missouri forward. My new Legislative Assistant, Scott Bell, comes from the Secretary of State’s office and will be replacing Chase effective Monday, August 19. Scott is a graduate of the University of Missouri St. Louis and a resident of Columbia, Mo. He brings with him valuable experience to the position and I look forward to working with Scott. And I know Scott looks forward to working with the constituents of the 40th District.
Thank you for your continued support!
Working on your behalf,
Representative Jim Hansen
Proudly Serving the 40th House District
Lincoln, Monroe, Pike, & Ralls Counties
Missouri House of Representatives
573-751-4028