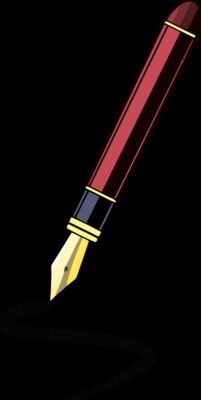 When were ‘The Good Old Days’?

I realize that I’ve asked this question in a previous column, and that I seemed to answer myself with the statement, ‘There are no good old days’. However, I think I would now like to amend my answer.
After thinking some more, I would conclude that ‘The Good Old Days’ are everywhere—in every time that you look. It just depends on where you’re looking. You can find the best and the worst of humanity in any time or place, and when you see the best, you’re seeing ‘The Good Old Days’. When you see the worst, you’re seeing ‘The Bad Old Days’.
World War II is an example of this. You can look at the Holocaust or at our own internment of Japanese-Americans or at the fact that we seated black soldiers behind Nazi POW’s during USO concerts, and you will see ‘The Bad Old Days’. Yet if you look at the extraordinary heroism of ordinary people who chose to combat evil during that time, you will see ‘The Good Old Days’.
The so-called ‘Greatest Generation’ was not born great, but was ‘made great’ by the challenge that was thrust upon it. The young people then were just like the young people of today, but were molded into heroes by the crucible of war.
My grandfather, Floyd Hamilton, was one of those ordinary young people, and, like most of his generation, we’ve already lost him. When he was still with us, my nickname for him was ‘Goop’ (don’t ask me why—it certainly wasn’t dignified).
Floyd did not have to be a draftee. He canceled his farm deferment because, as he told me, ‘The war couldn’t possibly be as bad as working for his father.’ (His words to me were slightly more colorful than this.) However, as a marine on Iwo Jima, he learned that it would have been far easier for him to have stayed on the farm.
‘I just gave myself up for dead,’ he said once about the battle. ‘I saw all the bodies and pieces of bodies on the ground and knew I couldn’t survive—so I just gave myself up for dead. The one thing I didn’t want to do was be a coward.’
During the battle, Floyd carried the Browning Automatic for his unit. He fired it, but never knew if his shots hit the enemy. At one point in the fighting, he took refuge behind an unexploded artillery shell. At another point, he ate lunch only a few feet from the maimed corpse of a Japanese soldier. Ultimately, he was wounded in the right arm by what was probably shrapnel. He claimed that the wound never actually hurt, though I’m not certain whether his lack of pain was due to shock or to the fact that the wound caused nerve damage, or to the fact that he always had an absurdly high threshold for pain.
After his injury, Floyd was shipped to Honolulu. When he thought that he was recovered, he asked to be returned to his unit, but the doctor prescribed R&R at the Royal Hawaiian Hotel. He told me that, for him, the greatest pleasure of his life then had been drinking fresh, cold milk after far too much time drinking warm water from a canteen.
All but two of the men in his squad were either killed or wounded at Iwo Jima.
After the war, while serving as a guard at a POW camp in China, Floyd saw some Japanese youths—former soldiers—roughhousing in the prison yard, and they reminded him of his own brothers. It was at this point that he realized that the Japanese were really just like him, and not subhuman as his military indoctrination had led him to believe.
After his discharge from the service, he returned home and, like most of his fellow WWII vets, hardly spoke of his experiences for more than forty years. Due to the nerve-damage in his right arm, he became left-handed and could scarcely sign his name. He began talking of his war-memories only around the time that I was grown, and, in recent years, when he developed dementia, he began to relive the war, ‘patrolling’ the front lawn. He usually wanted to bring a plate from his supper to ‘the boys in the yard’—fellow soldiers that he imagined were patrolling with him.
One need look no further than the example of an old man wanting to share his food with comrades who, at that time, had been dead for nearly seventy years, to witness ‘The Good Old Days’.