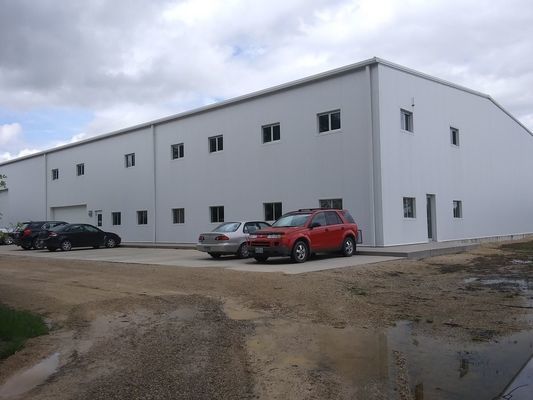 Almost two years after the construction completion of MVM Precision Machine’s current facility, owner Matt Glascock is settling back into his roots.
“I was always mechanically minded when I was younger, interested in mechanical engineering and design,” said Glascock, who spent his childhood in the Ralls County area. Today, Glascock is fulfilling his vocation right on his family’s farm; MVM Precision Machine sets awaiting customers at 18207 MO-19, New London, Missouri.
The company began in 2004, offering a variety of products and services, working primarily with custom machine building, custom tooling, and test stands. Most of MVM Precision Machine’s customers are industrial, and Glascock said he and his employees “build a lot of automation.” Most recently, the company team designed and built a machine for hanging file folders and stamping.
After undergoing a lengthy daily commute to Wellsville, Missouri (the company’s former location), working in a small and antiquated facility, and feeling detached from his community, Glascock decided to relocate his company to its current location. Bleigh Construction Company began work in fall 2016, and the building was complete midyear in 2017.
Glascock said relocating has made doing business with Hannibal companies easier and has helped reacquaint him with his community. “I came back here, and I started to know things that were going on,” said Glascock. “We get to sponsor local ball teams. It’s just nice being home where it’s familiar and being close to family, friends, and the community was a big bonus for me.” Glascock said the move has also shortened the commute for the company’s four employees, all of whom reside in the Center, Hannibal, and New London area.
Glascock enjoys the variety aspect of his work: “I can design, I can build, I can assemble. You get to see the machines run off and it’s something different all the time, we don’t build the same thing every day.”

He hopes to expand his company in the coming years, adding employees and reaching more customers.