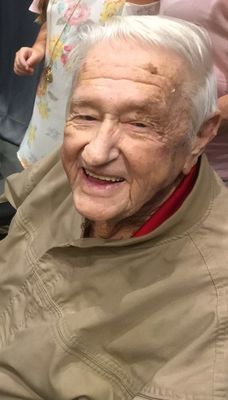 Visitation celebrating Glen’s life will be held 10:00 a.m. until the time of the service Monday at the Smith Funeral Home & Chapel.

Glen was born on June 24, 1932, in New London, MO the son of Buell Henry and Ruby Davis (Haden) Parsons. He was united in marriage to Marilyn “Jane” Krigbaum on February 26, 1956, in Hannibal, MO. She survives him.

In addition to his parents, Mr. Parsons was preceded in death by two sons, Gregg and Ronnie Parsons, two brothers, Skelly and Harold Parsons, and sister, Louise McMurphy.

Glen graduated from New London High School in 1949. Upon graduation Glen joined the United States Army and Honorably served his country during the Korean Conflict while stationed in Japan.

Away from work Glen’s favorite past time was working in his yard. Glen loved to mow his grass and keep his lawn looking immaculate. When time allowed Glen enjoyed watching MU Basketball and was an avid Cardinals fan. Most of all Glen loved his family and cherished the time spent with them especially his grandchildren and great grandchildren.

Memorial contributions may be made to the Smith Funeral Home & Chapel to assist the family with funeral expenses.

Online condolence may be made to family and video tribute viewed on Glen’s memorial page at www.smithfuneralhomeandchapel.com

At Your Leisure – Solomon Kane