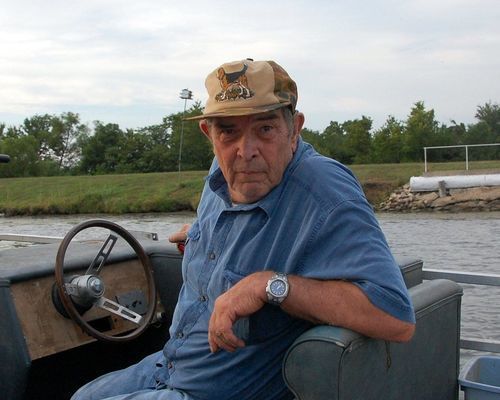 John was born on January 6, 1944 in Vanport, Oregon, and was the son of John Wesley Hasty and Helen Louise Walkley Hasty. His parents preceded him in death. He married, Sharon Kay Young, on February 14, 1966 and she survives him. Other survivors include two children Richard Wayne Hasty (Cindy) Holt Summit, MO and Linda Sue Hasty Stinson (Brad) of New London, MO; four grandchildren Clay, Rachel and Jonathon Hasty of Holt Summit and Jessica Stinson of New London, MO; one great granddaughter Amelia Hasty of Holt Summit, MO.

John was a veteran and served in the United States Air Force. He was a truck driver and then worked as a mechanic for the rest of his life. He owned and operated John’s Automotive of New London, MO for over 35 years.

Pallbearers will be John’s family and friends.

Memorial contributions may be made to the family to assist with funeral expenses, in care of the Waters Funeral Home 500 S. Main Street, P.O. Box 84 Vandalia, MO 63382.