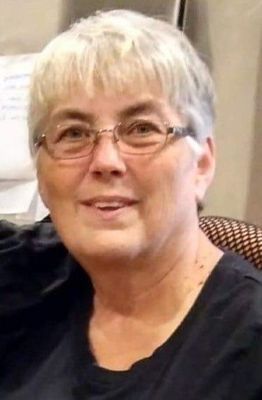 Services for Shirley Mardell Allen, 62, of Perry, will be held at Noon Tuesday, March 26, 2019, at Bienhoff Funeral Home in Perry with Reverend Kenny Sharp officiating. Burial will be in Lick Creek Cemetery.
Visitation will be from 10 a.m. until the time of the service at the funeral home.
Mrs. Allen passed away at 8:11 a.m., Saturday, March 23, 2019, at her home.
She was born on September 12, 1956, in Hannibal, the daughter of George W. and Mary J. Booher Ford.
She married James T. Allen in Center on January 10, 1975, and he survives.
Other survivors include her stepmother, Jackie Ford of Perry; one son, Jamie (Dawn) Allen of Monroe City; one daughter, Kendra (Andrew) Key of Center; one brother, Frank Ford of Center; four grandchildren, Riley Allen, Alexandra Key, Charles Allen, and Morgan Allen.
She was preceded in death by her parents.
Mrs. Allen was a lifetime area resident, member of the Perry Baptist Church, and a 1974 graduate of Mark Twain High School. She worked for several years at Hickman's IGA and then as a correction officer at the Women's Eastern Reception and Diagnostic Correctional Center. She enjoyed traveling, crocheting, needlepoint, mowing the yard, and spending time with her family.
Pallbearers will be Rachel Haden, Richie Wasson, Scott Ross, Mikka Wasson, Tom Hurley, Charles Booher, and Robin Terrell.
Memorial contributions may be made to Lick Creek Cemetery, P.O. Box 430, Perry, MO 63462.
Online contributions may be made at www.bienhofffuneralhome.com.

January Is Time to Watch for Bald Eagles