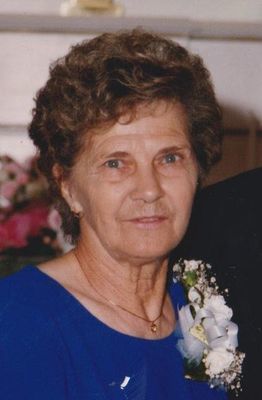 Funeral Services will be at 10:00 AM Tuesday, January 29, 2019 at the James O'Donnell Funeral Home in Hannibal. Rev. Tim Goodman will officiate. Burial will be at Antioch Baptist Cemetery in Hannibal.

Friends and family are invited to JoAnn's Life Celebration at a visitation that will be held from 5:00 PM - 7:00 PM Monday, January 28, 2019 at the James O'Donnell Funeral Home.

JoAnn was a farm wife and helped on the farm often, even driving tractors and grain trucks. She also worked as a bookkeeper for Sims Garden Center in Hannibal, MO. JoAnn later worked at Printex and then retired as a clerk from K-Mart.

Most of all, JoAnn cherished the time she was able to spend with her family. No matter where she worked or where she went, JoAnn was loved by all because of her feisty, funny nature.

Memorial contributions may be made to Alzheimer's Association.

Online condolences may be made and video tribute viewed at www.jamesodonnellfuneralhome.com