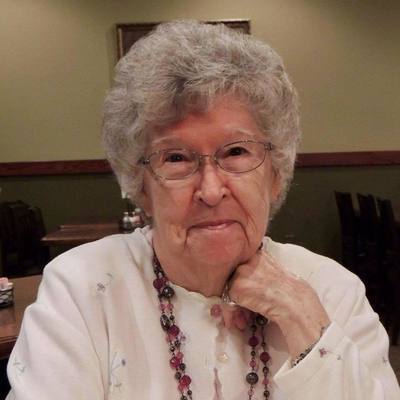 Services for Rosa Lena Hart, 93, of Center, will be held at 10 a.m. Monday, December 10, 2018, at Olivet Christian Church in Center with Reverend Steve Goughnour officiating. Burial will be in Center Cemetery.
Visitation will be from 3 to 5 p.m. Sunday, December 9 at Bienhoff Funeral Home in Center.
Mrs. Hart passed away at 2:05 a.m. December 6, 2018, at Tri-County Care Center in Vandalia.
She was born March 3, 1925 in Center, the daughter of Martin and Mary Robison Clary.
She married Harry Wallace Hart on February 19, 1943, in Hannibal and he preceded her in death on August 4, 2009.
Survivors include one son, Wallace (Phyllis) Hart of Center; four grandchildren, Brian (Michelle) Hart of Springfield, Christine Neiland of O'Fallon, Chris (Debbie) Linke of Center, and Philip Linke of Chicago,

-grandchildren, Ayden, Arri, Addi and Anniahh Linke, all of Paris; and a host of nieces and nephews.
She was preceded in death by one brother and sister-in-law, Bill and Imogene Clary and one sister and brother-in-law, Dorothy and Hazzard Woodhurst.
Mrs. Hart was a lifetime area resident and a 1943 graduate of Center High School. She was a 77-year member of the Olivet Christian Church in Center where she served as a deaconess Emeritus. She was an active church and community worker for as long as her health permitted. She made wedding cakes, sold Amway, and worked at the Perry Telephone Company.
Pallbears will be Brian Hart, Chris Linke, Philip Linke, Christine Neiland, Brian Woodhurst, and Bill Clary. Honorary pallbearers will be her great-grandchildren.
Memorial contributions may be made to Olivet Christian Church CWF of Center or Pike County Hospice, 1 Healthcare Place, Bowling Green, Mo. 63334.
Online condolences may be made at www.bienhofffuneralhome.com.