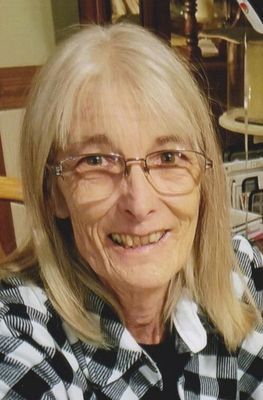 Funeral Services will be at 10 a.m. Wednesday, November 21, 2018, at the James O'Donnell Funeral Home in Hannibal. Rev. Tim Goodman will officiate. Burial will be at Mt. Olivet Cemetery in Hannibal.

Friends and family are invited to Jeni’s Life Celebration at a visitation that will be held from 6 p.m. to 8 p.m.Tuesday at the James O'Donnell Funeral Home.

She is preceded in death by her parents; two brothers, Clarence "Junior" Passmore and Russell Passmore; one sister, Beverly Passmore; and one brother-in-law, Bob Semkin.

Professionally, Jeni worked in the housekeeping department at Beth Haven Nursing Home for over 44 years. Away from work Jeni enjoyed studying her family’s genealogy and learning more about her past. She also loved to decorate for the season, whether Christmas, Halloween, or any other occasion, Jeni decorated for it! Antiques, attending the Missouri State Fair, or listening to her “oldies music” were a few past times that Jeni took pleasure in. Most of all Jeni cherished her family, especially her grandchildren whom she often enjoyed baking cookies with and spending time together.

Jeni was a Christian by faith.

Memorial contributions may be made to James E. Cary Cancer Center.

Online condolences may be made and video tribute may be viewed at www.jamesodonnellfuneralhome.com